How did Covid Cause Base Oil Shortages? 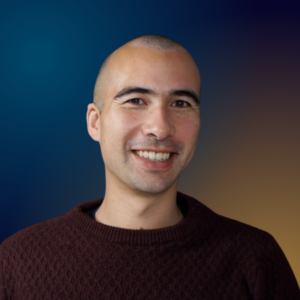 The question is really around base oils and base oil shortages. My understanding around base oils is that integrated companies are producing both fuel and lubricants. Demand for both of those products dropped off a cliff when lockdowns were imposed by governments around the world. There was a period after that, where demand for lubricants came back but demand for fuel did not. That caused a dislocation between demand for two different products which come from the same feedstock. So with that in mind,

How close are we to normal operations?

“The first three months of COVID and lockdown; let’s see – I think there’s quite a distinct difference between then and now, because then it was all about refinery capability.

Basically a refinery starts with a distillation column; most refineries produce the full range of crude products. Generally they will be optimised for fuels production and of course, fuel demand falling off a cliff has never happened [to this extent]. The refineries just had no outlet for the fuel.

So they basically cut off production and therefore [with no crude refining] there were no lubricants. The situation is asymmetrical; if there’s no demand for lubes and bitumen and the other things off the bottom of the column they can put them through a cracker and create more fuel. But that couldn’t happen last year;  you can remember there was a day or so sometime in May or June 2020 when crude oil prices went negative. That was down to lack of storage capability, but that was also true of finished lubricant products. If people weren’t putting gas in the tank, then there was no where to store the gas.

What is the new normal?

I think it’s now about economics. Demand for gasoline is returning in many countries. Demand for diesel didn’t really drop that much because even though a country locked down, they still realised that goods had to be shipped from A to B to C even if it was just personal protective equipment. So diesel demand did drop a bit, but in most countries is probably somewhere near the same level [as pre-Covid]. And therefore refineries are able to run again and produce base stocks suitable for conversion into lubricant base oils or raw materials for synthetics. So I think we are somewhere near the new normal.

Older refineries that were already smacked heavily in the face by IMO 2020 certainly didn’t weather the storm of COVID very well. That was like receiving a left hook after the right jab. And so there are one or two of the older refineries in Europe in particular that were already been touted throughout 2018, 2019 as being vulnerable to the effects of IMO 2020 (and therefore would lose their capability to produce group one base); they closed down.

Those are the first things and that’s tended to have a negative effect on refining and Group I base oil availability mainly in Southern Europe a little bit in North Africa. The Americas and the East tend to have not been that badly affected because they tended to be already aiming towards producing Group II or Group III anyway. So it was mainly in Europe, whether there was a lot of older equipment that this effected base oil supply.

What does the future hold?

Then we move to economics. I think that’s where we are at the moment. Again, Refinery economics are driven by fuel. Gasoline demand has picked up. Diesel demand has picked up. Aviation fuel demand is still lower though in the United Kingdom, we’re looking at the way this week, we’re allowed to go to America again. And certainly the airlines are suddenly burning a lot more jet A1 than they were last week. Jet is really important to refineries because there’s really good margin there.

But probably what you’ve seen to compensate things in many countries in the world is that gasoline and diesel prices have risen significantly. And that’s the company is trying to recover the margin that they can’t get on Jet A or jet A1 depending on what part of the world they’re in. This is obviously going to affect the cost of lubricant base stocks. Because the refinery operators are having to find that margin from somewhere else.

So I think the aviation fuel market may actually be a good indicator of where lubricants prices might go. If demand for aviation fuel stays low (we’re making the assumption that everything else is roughly constant or a gentle ride back towards pre COVID levels) then the Jet A, Jet A1 market stays suppressed and refinery operators are going to be recovering the costs from elsewhere. And so we’re going to see higher base oil prices.

How did Covid Cause Base Oil Shortages?